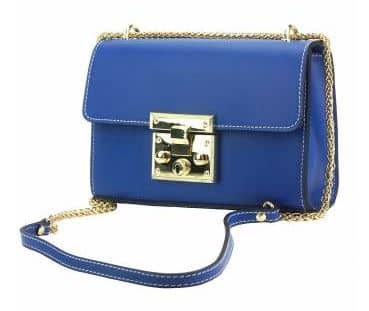 We could list even more, but in this article we have chosen to be short, so we will give you “only” five good reasons to prefer the leather bag. Do not forget that leather bags are among the accessories designed to last longer in your closets, are affordable with the advantage of making us always look good. In addition, a leather bag has a unique, unmistakable scent that no other accessory has.

Quality, versatility and durability are the main advantages of leather fashion accessories: keep this in mind in your next shopping tour!

The leather bag goes well with everything from an evening dress to simple jeans and t-shirts. The beauty of the leather is that it is versatile and suitable for many different occasions. And it’s like wine: it gets even better with time, giving that vintage touch that is so classy.

Today the bags, backpacks and wallets made by leather craftsmen have prices that are accessible for everyone. Moral: you do not need to spend a fortune to bring home a quality product and make you look great!

Leather is a durable, robust and wear-resistant material. It is a faithful bag, suitable for both work and leisure, made of an extremely elastic material and therefore able to contain more personal items and support the weight of everyday life without suffering damage.

Genuine leather is washable and resistant not only to time but also to stains. So, do not worry, if ice cream or a little ‘cocktail will pour on the bag during a more cheerful evening…. Your leather bag will remain the faithful companion of all time, without stains or unwanted halos.

Leather is hypoallergenic par excellence because it does not have a porous fiber; therefore, it can not accommodate powders or mites. So, if you choose a bag made with this material, it will be very difficult to find it dusty at the bottom of the drawer or closet after a season of downtime. Another noteworthy detail is that leather is processed according to regulated processes and respecting the environment, and the bags, like other fashion accessories, are produced with “recycled” leather from cattle for slaughter. So there is no waste or unnecessary sacrifice. 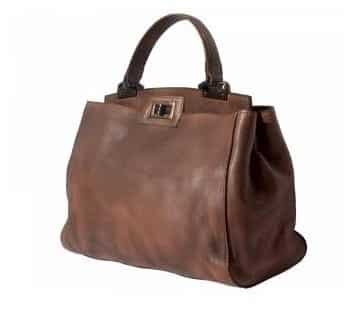 The history of leather tanning

With the term tanning, we mean those operations to which the skins of animals are subjected in order to make them imputrescible and transform them into leather, in practice, in order to preserve them and work them.

Tanning is one of the oldest activities, which dates back to prehistory, when men realized they could use the skins of the hunted animals to cover themselves and protect themselves from the cold and rain.

The origins of tanning

Perhaps by chance, the man realized that if the skin had been exposed to the smoke of the fire or immersed in water, then it lasted longer. This was the discovery of “aldehyde tanning” (of which the smoke of fresh woods is rich) and “vegetable tanning” (contained in wood and in all plants).

Aldehydes, tannins and lime (the limescale of the stones due to the effect of heat is transformed into lime, which with water forms lime off) are substances that still today, even if with different methods, are part of modern tanning processes.

From artisan practice to industrial activity

For many centuries the tanning technology had remained substantially unchanged, until the second half of the 19th century, when the drum was introduced, a machine consisting of a cylinder rotating around its axis, which marked the transition from craft to industrial activity. Water, skins and chemicals were introduced into the drum.

The mechanical action of rotation greatly favors the penetration of the products inside the skin; therefore the tanning process, which previously lasted many months, turned out to be quite accelerated.

At the beginning of the 20th century, the real turning point took place with the introduction of chrome tanning, – thanks to the tanning capacity of the trivalent chromium compounds – which is able to bind permanently to the skin making it imputrescible.

Before going on to the actual tanning operations, which tend to give the leather the greatest resistance, the maximum impermeability to water and the maximum porosity to air and water vapor (sweat), there are some preliminary steps for the preparation of leather, the so-called “beamhouse” operations: soaking, liming, unhairing and scudding, deliming and bating, pickling.

To get even more in detail and know what are the various types of tanning, we mention a few: 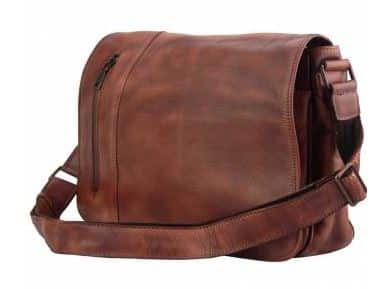 Who ever said that the bag is only a female accessory? For work or for a trip, practicality and elegance are essential for him too. Certainly a bag does not affect masculinity and does not reduce the charm of a man, on the contrary! If the bag is of quality and elegant, its presence makes the man even more interesting!

Shoulder bag or bag with handles?

It depends on the style and on how you prefer to move: the shoulder strap is more casual and ensures greater flexibility in movements; the hand bag is more classic and elegant and can be used as a document, PC or tablet holder, perfect for the office.

Even men, in fact, have to bring with them keys, mobile phones, maybe newspapers and documents, let’s add a bottle of water (especially in this season), maybe the lunch and who knows what else … Reason why even men need a bag.

Which color and size?

The advice is to opt for the classic colors: black, brown, gray, cachy, military green.

Smooth bags are better, without too many logos and decorations, suitable for different occasions. A leather bag is the best choice, perfect for any occasion, travel or work.

When choosing the size, do not hesitate to try the bag in front of the mirror, in order to carefully see if it fits your style, if it is the right size, if it has the right capacity for your needs.

Do you have doubts? You have to know that the leather bag is the right choice between the canvas bag, more informal and casual, and the classic bag, which is not for everyone.

The best thing of the leather bag is that it matches perfectly with a pair of jeans, as well as with jacket and tie. It gives character to the look, it is roomy, functional and resistant, like all the accessories made with this material.

In short, choosing genuine and quality leather, you will have practicality and elegance in one fell swoop!

The Beauty of Italian Leather Goods

One of the things that Italy is best known for, other than its incredible lakes, for example, Lake Garda, and mountain views, is the number of specialist leather good manufacturers. Whether you are looking to buy something as a gift, or you plan to treat yourself, you’ll find plenty of great choices. Italy boasts some of the best leather bag and shoe designers and manufacturers in Europe, so you are sure to find something to please.

END_OF_DOCUMENT_TOKEN_TO_BE_REPLACED 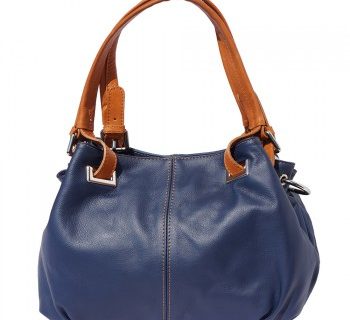 A little bit about the company

Discover authenticity and quality with Italian handmade bags from Florence Leather Market. The company takes pride in genuine leather products, mainly handbags, which are produced in Tuscany, Italy. Florence Leather Market gained worldwide recognition as a global leader in the handbag industry. As a brand, the company sets itself apart by providing top quality products and exceptional customer service.

END_OF_DOCUMENT_TOKEN_TO_BE_REPLACED 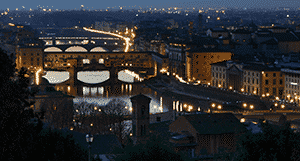